For various press contributions, please see a selection of articles and video excerpts below.

What I learned in a dating coaching session 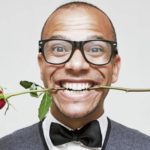 When it comes to relationships, a lot of us want different things - some people happily admit they’re needy and want constant attention, whereas others feel claustrophobic if they’re not given space to breathe.

It turns out there are actually three different types of people when it comes to attachment - anxious, secure and avoidant - and this is one of the first things I learnt in a recent one-on-one dating coaching session with Dating & Relationship Psychologist Madeleine Mason of PassionSmiths.

Now I'm in my 50s, young men want to date me: Welcome to the world of WHIPS

I’m in the Apple Store, praying to Steve Jobs that my laptop can’t be fixed. Because the last image on my screen as it died was an obscene selfie sent by a beautiful young  man. And the last thing I need is  it popping up in front of an IT guy.

Please don’t judge me. This is what happens to your inbox when you start to date younger men in the early 21st century. Because while on a bad day there’s more than a touch of Nanny McPhee about me, my 51-year-old self seems to be attracting many young bucks. And I’m not unusual.

How To Tell If Your Partner Is Emotionally Cheating

When it comes to emotional cheating, the lines between what constitutes an affair, and what doesn’t, can feel very blurred. But that doesn’t detract from the pain it can cause.

“Some people have told me they’d rather their partner had a one-night stand than an emotional affair,” Relate counsellor Dee Holmes tells HuffPost UK. “They believe it would be easier to deal with.”

People have different boundaries when it comes to what constitutes inappropriate behaviour. That said, relationship counsellors do agree on one thing: when a person becomes emotionally unavailable to their partner, instead turning to their new interest for support, this constitutes emotional cheating.

How to beat loneliness when you’re single

The single life can be amazing, offering a whole host of possibilities, adventures and independence. But sometimes, it can also be lonely. Don’t despair; we asked psychologist Madeleine Mason to share her top tips for beating loneliness when it strikes

Loneliness can strike at any time. During the working week it’s easy to keep busy, but on dark evenings or long, empty Sundays, singles can find themselves feeling pangs of loneliness. It can be hard to pick yourself up when all you want is to share life with someone special.

If this sounds familiar, don’t despair! Let me share with you a few tips to help beat the loneliness blues:

Good personality most desirable trait in a romantic partner

You know the saying, "It’s what’s on the inside that counts"? Well, it turns out this may be even more true than we realise.

A recent study conducted by YouGov across 20 countries has discovered that the majority of people prioritise personality over looks when considering a romantic partner. 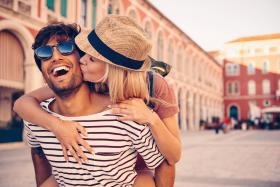 The men and women who took part in the story hail from every corner of the world.

It seems that even though we all speak with different tongues, the one language we do have in common on a global scale is the language of love.