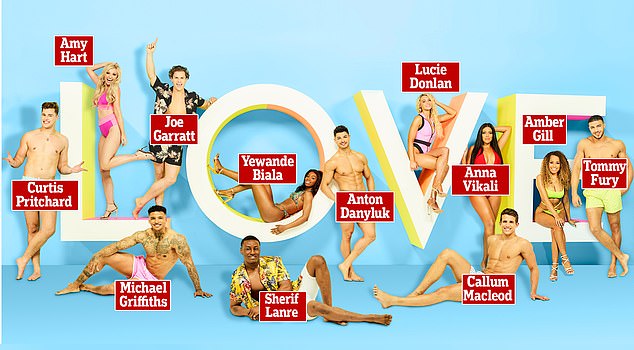 While Love Island is an entertainment show, it's hyper-reality, but many of the dating dynamics I see, and coach on, are displayed here. Finding love is not about looks, or indeed compatibility or personality alone. You can do a lot yourself to manifest love, but chances are you are holding yourself back; either because of fear of rejection, expecting the other person to behave in a certain way, self-doubt or you simply don’t realise how your behaviour affects other people. In this post I explain what we can learn about dating from Love Island's Season 5 (2019).

Love Island illustrated many of the dating principles I see in ‘the real world’, which I want to share with you. You may find some of what I have to say uncomfortable and you may get annoyed with me, but the truth does sting a little sometimes. My point, as you will see, is that there are two people in any dating relationship, and therefore both contribute to whether a relationship moves forward or not. Quite often people think it's the other person who decides whether a relationship manifests and grows. In fact, you have more power and influence than you think...

Whether conscious or not, having a stand-offish or ‘play hard to get’ attitude ultimately demotivates the other person. Often, I hear women say, ‘ but, men love the chase’ and ‘I don’t want to appear needy’. And men will say stuff like ‘I mustn’t appear too eager’, and thus hold back their feelings.

The best examples of this dynamic playing out is between Amber and Michael, Molly and Tommy and Yewande and Danny.

While Amber, Molly and Yewande fancied their respective partners, they didn’t reveal their feelings when their partners were trying to get to know them. As a result, Michael and Danny eventually left their coupling, and Tommy nearly decided to couple up with Maura.

Another good example, is when Anna returned from Casa Villa with Ovie, and Jordan was still single. She was shocked to learn that he was serious about her as he had not voiced his affections for her clearly.

In a similar vein, if you are being distant, you create distance. The best examples of this is Anna towards Ovie, Lucie towards George and Maura towards Dennon, when they returned from Casa Amour. Anna, Lucie and Maura were putting their attention elsewhere, which had the effect of pushing Ovie, George and Dennon respectively away.

Showing and sharing your feelings for someone creates attraction. Something happens in our brains when we hear that we are liked. It lights up our ‘reward system’ and we make a positive association with the person who is making us feel good.

This principle is demonstrated numerous times throughout the show.

Some of the examples include:

Curtis telling Amy he fancied her; that made her want to pursue things with him.

When Tommy told Lucie he fancied her while she was in a coupling with Joe; it caused her to wonder whether she had feelings for him also.

When Anton told Anna how he felt about her, even though she was with Sherif. Anna started getting feelings for him.

When Joanna told Michael, and Belle told Anton, that they fancied them, both Michael and Anton responded by picking Joanna and Belle respectively in the subsequent recoupling.

Amber choosing Greg over Michael, I think, because he was more vocal about his feelings for her.

This is somewhat simplified, sharing your feelings is not enough to secure love. Your words have to be backed up by actions and be perceived as being genuine in order to have effect, but saying the words out loud to your person will ignite questions within them as to whether they could reciprocate your feelings. It also has the effect of giving them permission to share how they feel about you.

For example, when Maura told Curtis outright how much she fancied him and proceeded at every opportunity to show him that she did (ie. ask him to teach her to dance, kiss him at the lap dance challenge etc. ), it had a powerful effect on him. In contrast, Francesca struggled, for whatever reason, to show how much she fancied Curtis (her kisses were less passionate in the challenges for example, perhaps she was shy to kiss in public), either way Maura was able to make Curtis feel attractive, and so he coupled up with her.

Sharing your feelings does not always make the other person want to date you. You may recall Lucie, when she later in the episode told Tommy she would be open to see if things would happen between them. However, by the time she did reveal her feelings, he had already developed a loving bond with Molly.

The first weeks of dating is often quite nerve wracking as there is no certainty about the nature of the relationship, whether it will develop and into what. Many people can’t wait for the moment a relationship has a label. Until then, it is not uncommon for people to overthink things. They read into what’s being said and not being said or done. By sharing what you are up to and reassuring your partner, either by words or actions secures progress (and avoids drama).

When Curtis kissed Amy on his way for a date with Molly had asked for, when she first arrived at the villa. Tommy periodically tells Molly how he feels about her, for example when they regroup after Casa Amour tommy says to her “I know its cringey but you complete me”.

Another example is when Jordan proceeded to win Anna over, after she chose to couple up with Ovie in Casa Amour. He would spend time with Anna and would share how he felt about her.

Saying how you feel about someone to them, has a positive effect on the relationship. Indeed, as Molly said “feeling adored is the best feeling”. You can see how people react positively when they hear the nice things their partners tell them in the coupling rounds. This can be a difficult thing to do if you are feeling a little unsure about whether you really fancy the person. Many people wait until they feel certain, which can backfire, as while they have been ‘waiting’, they have also appeared disinterested (take Amber and Michaels example above).

It’s ok to ask for reassurance

It’s not always apparent when our date feels a little unsure or upset. And they can’t tell whether you are feeling unsure either. Instead of being miserable, ask for reassurance.

For example, when Anna felt upset about Jordan’s reaction to her when she was upset over Danny dumping Yewande. Anna asked Jordan for some TLC to make her feel better, and he responded positively.

Caveat, ask within reason; a constant request for reassurance is draining on your partner.

An example of this on Love Island, was Curtis’ comment to Amy, when he broke up with her, that she needed a lot of reassurance (I don’t recall seeing many instances, but then we don’t see everything that goes on).

Reciprocation and effort is needed to maintain attraction, otherwise it fizzles out

As I mentioned in the beginning, there are two people in a romantic relationship, and therefore both parties’ responsibility to make things work, otherwise you risk losing interest or become drained and disinterested in your partnership.

In contrast, Yewande, didn’t actively reciprocate Danny’s advances, which made him feel unsure about the relationship. Similarly, Amber tended to raise her voice making it difficult for Michael to feel heard. Amber realized this later on in the series, after he had already ‘left’ the coupling with Amber and went on to couple up with Joanna.

When Amy said “I don’t want to tell him I’m falling in love with him” showed that she may have been holding back showing him her feelings for him. Instead was wishing he would “hurry up and ask me to be his girlfriend”.

You need to periodically check in with each other

One of the reasons it’s important that both parties contribute to the relationship is because things change, and you need to check in periodically with your partner both to evaluate how the relationship is, but also to share your feelings with one another. Show appreciation and gratitude. This helps the relationship stay healthy and grow.

An example of what happens if you don’t check in, is when Danny picked Arabella over Yewande, after he had told her his head wouldn’t be turned. Yuwande, had called him a liar.

Another example is when Curtis developed feelings for Jourdan when she arrived, essentially making question his relationship with Amy. They should have checked in with each other.

Relationships are reparable if you put in the effort

Sometimes things happen that upset your partner and emotions run high. However, it doesn’t have to be the end of the relationship. As long as you both can talk things through, apologise and work out what needs to be done to avoid a repetition.

For example, when Tom talking to the guys about his pending night with Maura in the hideaway, she overheard him say a comment that hurt her feelings and enraged her. As a result, they did not have a cozy romantic night in the hideaway. Tom took responsibility for his actions, despite feeling that what he said was herd out of context and made clear efforts to make Maura feel better again. She was able to forgive him, and they continued their coupling.

We saw this also between Belle and Anton after their bust up.

Trust and security are the foundations of a solid relationship

You need to show your partner that they can trust and rely on you. There are times when you need to put your pride aside and be there for one another.

This principle is demonstrated when Anton and Belle had a ‘bust up’ in the night club. They both said unpleasant things to each other, but the following day, once they had cooled down and were able to talk about what happened. Upon reflection they decided that they still both liked each other and made a conscious decision to make things work. This was helped by the fact that Belle stood by Anton when they had to decide to vote a couple off the Island and made Anton feel that he could ultimately trust her.

It is also is seen in Tommy and Mollys recoupling after Casa Amour. They both returned single, meaning they had stayed faithful to one another and wanted to stay together. Essentially the Casa Amour experience tested their faithfulness towards one another, and as a result they both felt more secure (and happy) within their relationship.

Relationships are messy and organic

We have this idea that true love means we will never fancy anyone else ever again. This is a myth. There will always be other people out there that evoke feelings within us, but that is not to say that there is something wrong with the partnership you are in. It may make you question your relationship, and that is not a bad thing. Such an experience gives you the opportunity to evaluate whether you can do anything to make your relationship better.

A relationship has 2 people in it, and therefore each person has 50% of the responsibility for how it works. But you need to talk about it.

At the end of the day, there will always be someone hotter, richer, brighter more handsome. At the end of the day, you make a decision about who you choose to partner up with and then work at that relationship: show gratitude, support, love, express your feelings and talk through the difficult times. The strongest relationships are those where both parties assume that each person is fundamentally good, and is not out to sabotage or make your life miserable.

If you would like to learn more about dating dynamics, feel free to get in touch with me.